No, that’s not me mistyping “yee haw.” That’s me still excited about a little outing I just got back from.

Standing on the ice road from Bethel to Oscarville

I went to Alaska for a work trip last week. It’s the second one to Alaska in three months, which just seems incredible to me. I have a personal goal of making it to all 50 states by the time I’m 40 (by my own rules, I can’t just drive/fly through them. Otherwise I’ve already hit all 50). When I first set that goal, I naturally thought that Alaska and Hawaii were going to be the hardest to check off the list. Of course, that was before I met Maggie, whose family largely resides in Alaska.

I have now been to the frozen expanse that is our 49th state three times. All in winter.

This time around, the group I was with was going out to the village of Oscarville – one of the easier Alaska Native villages to get to, but one that still requires a flight from Anchorage to Bethel, and a trip down a frozen river to get to.

That’s right. I rode on an ice road.

Fish drying in front of a house

The village itself…actually kind of reminded me of a lot of places in Indian Country, albeit with some challenges that are unique to living in a place that is frozen for half of the year. Waste disposal – both human and physical trash – clean water, heat…all of these things are a part of the huge concept of “energy.” I know most people think “energy” and they think it’s just about putting lights in a house so people can read at night or maybe watch television or use a computer, but it’s a much bigger picture than that. More and more, I think it’s easier to consider “energy” as a giant wheel — what some folks in the industry are referring to as the water-food-energy-waste nexus. Because, really, all of those things — water, food, waste — are affected by our access to reliable energy, whether it be solar power, diesel fuel, or whatever.

Rabbit tracks in the snow

Hoo boy…I feel like things are getting away from me at the moment. Can you tell I’m really enjoying the things I’m learning through my job?

Anyway, in addition to traveling out to the village and driving on the ice road, I had a wonderful visit with the curator of the museum in Bethel’s cultural center. I spent 2.5 hours chatting with Eva (whose name I will remember, as I have an aunt with the same name) about masks, stories, kayaks, and the museum’s new exhibit of Edward Curtis photographic prints. She pointed out the friends and family members who are featured in the photographs, which is a wonderful connection to the photographs that you just don’t get if you see them in other museums.

Honestly? I get much more out of visiting Native-run museums and cultural centers than I typically get when visiting larger, “formal” institutions. The items on exhibit are not empty relics, but instead cultural touchstones. They spark traditional stories and personal anecdotes, and you end up learning far more about an actual living culture than you might by reading a plaque on the wall. I think that visit was the ultimate high point in a stellar trip.

Returning to Anchorage, we had another meeting

Folks were calling this guy “The Polar Bear.” No, that wasn’t made of polar bear fur.

Saturday morning, before letting everyone loose on the street to watch the Iditarod. The ceremonial start of the race also coincides with the annual Anchorage Fur Rendezvous – otherwise known as Fur Rondy, or just plain Rondy. It’s a week(ish) long festival with sport contests and races, art markets, fur auctions, a blanket toss, performances, and dances, and it is absolutely bonkers. At least, that was my takeaway from watching the Reindeer Run on Saturday. Also, there were a lot of people wearing/selling fur, which makes sense….the festival has its roots in the years when trappers and miners used to come in to Anchorage with their yearly “haul.” 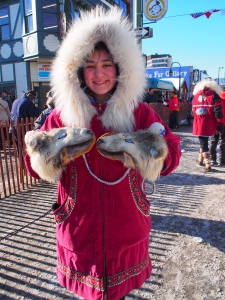 I re-visited the Wooly Mammoth yarn shop while I was in Anchorage. This time, I picked up some yarn to make my littlest nephew a sweater. I tend to stick with the Alaska-made yarn and dyers when I visit the shop. It adds a little special something to the finished project – “This yarn came all the way from Alaska.” This time, I picked up a DK weight in the colorway: Ice Road Trucker, from Fiber ‘n Ice. I was very tempted to purchase the “Northern Lights” colorway from The Alaskan Yarn Company, but they didn’t have enough skeins there. Also, I think it would have really clashed with Sam’s hair (the kid has a nice shock of red hair). However, I think I might just order some online to make a sweater for his older brother — Joe’s favorite color is purple. It looks like they only have the sock weight listed, but I’m sure I could contact them or Wooly Mammoth about a heavier weight yarn. 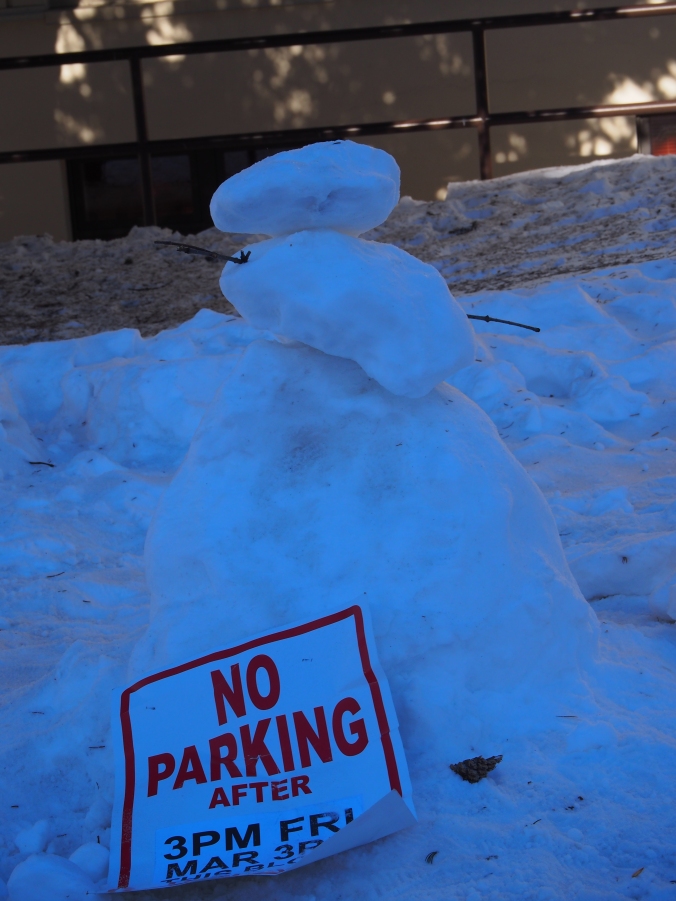 One thought on “Gee Haw!”